I have often remarked that I am not crafty. I have friends who are uber-crafty, and they intimidate with their creativity. I've often wanted to be crafty, but I just haven't had it in me.

I also just flat out haven't had the time. I know this is a bit of a broken record, but I would guess that during the school year teachers put in more hours every week than any other profession on earth. As a high school English teacher, it was not unusual for me to work from 7:30 until 5:30, pick up my kids and take care of evening activities, and then work for another hour or two after they went to bed. This happened at least three days a week and probably more, and it does not include the three or four hours I put in on a light weekend. These are serious underestimates for the times when major papers were turned in for Pre-AP. If you know a teacher, thank him or her. It is the most rewarding yet life-consuming job on the planet.

That is not to say that in my new role as Assistant Principal I'm not busy. I love my new job. It's exactly where God wants me to be right now, and it's a blessing for more reasons than I can list. However, (this totally IS NOT complaining) it's kind of exhausting. If it's any indication, I went to sleep Friday night at 7:00.

But I don't grade papers anymore.

It's been a culture shock for me. I found myself physically incapable of sitting on my couch without a stack of papers in my hands. I felt like I was forgetting something every time I left the house because I didn't have papers to take. My brain was exhausted from my new job, but I couldn't turn it off...ever.  I fidgeted, couldn't sleep all night, made up stuff to do, and I think I started to get a little depressed. My brain kept saying DO MORE DO MORE DO MORE DO MORE. My house was messy and my kitchen wasn't painted and my yard looked like a jungle and I wandered around feeling like a failure because people without papers should not have messy houses and weeds in their yards. It was difficult for me to adjust to a normal life - where it is possible to stay afloat with less than an eighty hour work week.

I considered learning how to crochet or knit so that I could have something in my hands to work on all the time. I watched some You Tube videos and practiced the same starting stitch about a hundred times, but then I could never get the next stitch. I think I'd still like to learn and have had several people offer to give me lessons, but I'm not exactly a natural.

This weekend I have completed several Pinterest-found projects, and it's been fantastic! I may have cured myself of the "I don't know what to do with myself blues."

S'Mores Bars: My cousin Dona recommended a different s'mores recipe, but I made this one because it didn't have eggs (the boys are both allergic). It was super easy, and they were good, but I was little underwhelmed. Next time I'll try the ones she suggested and just let the boys eat marshmallows or something. ;) 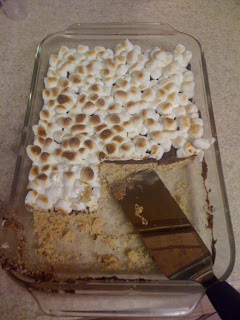 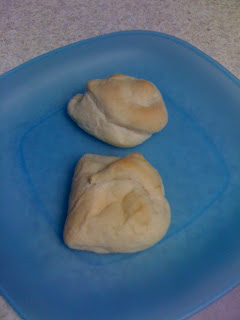 Since we painted the kitchen last weekend, we've hung accessories on the walls that I forgot I had. They have literally been in boxes since we moved into this house seven years ago. Remember the grading - I blame it for my lack of unpacking. This cross is one of those items. Then, last night the boys were trying to remember their memory verse for Sunday school this morning, and Trey and I talked about how we should have a place to post the memory verse each week so they can see it all the time. I remembered a Pinterest tip that you can use dry erase markers on glass, we rummaged through some boxes of old pictures, and Presto! Memory verse in the kitchen (and easily interchangable when it's time for a new verse)! 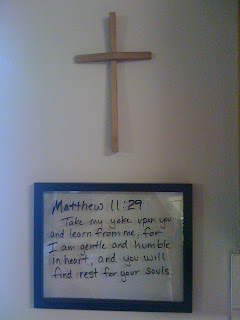 Finally, my major project of the weekend is this wreath. I love the way it turned out!  I have poinsettias already made and some ribbon left, so I may make another one to give away. Since it was half price ribbon week at Hobby Lobby, I estimate the cost of this project to be about ten bucks.  Awesome! 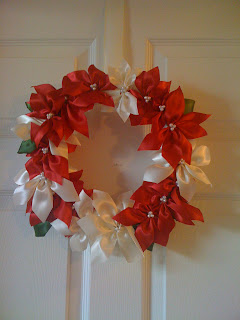 So look out world, The Storm is a-craftin'. Follow me on Pinterest so I can follow you back. I have lots and lots of ideas for projects. It's just a matter of which one to do next. If you know of places in the B/CS area where I can find old windows, shutters, or wooden pallets (besides the Habitat store), hook me up. Keep in mind that I am ridiculously cheap.